"The lessons are designed to improve ability, that is, to expand the boundaries of the possible: to turn the impossible into the possible, the difficult into the easy, and the easy into the pleasant. For only those activities that are easy and pleasant will become part of a man’s habitual life and will serve him at all times."

This best-selling book contains 12 easy-to-follow Awareness Through Movement® exercises for improving posture, flexibility, breathing, coordination, etc. After an introduction emphasizing the importance of self-education and the primary relationship of movement to sensory, thinking and emotional life, Feldenkrais demonstrates his ideas through the Awareness Through Movement lessons.

Part I: Understanding While Doing 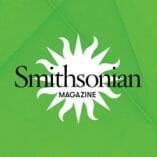 “Feldenkrais’ most popular and accessible book.”

From Chapter 1: The Self-Image – The dynamics of personal action

Each one of us speaks, moves, thinks and feels in a different way, each according to the image of himself that he has built up over the years. In order to change our mode of action, we must change the image of ourselves that we carry within us. What is involved here, of course, is a change in the dynamics of our reactions, and not the mere replacing of one action by another. Such a change involves not only a change in our self-image, but a change in the nature of our motivations and the mobilization of all the parts of the body concerned.

These changes produce a noticeable difference in the way each individual carries out similar actions–handwriting and pronunciation, for instance.

The four components of action

Our self-image consists of four components that are involved in every action: movement, sensation, feeling and thought. The contribution of each of the components to any particular action varies. Just as the persons carrying out the action vary, but each component will be present to some extent in any action.

In order to think, for instance, a person must be awake, and know that be is awake and not dreaming; that is, he must sense and discern his physical position relative to the field of gravity. It follows that movement, sensing, and feeling are also involved in thinking.

In order to feel angry or happy, a man must be in a certain posture, and in some kind of relationship to another being or object. That is, he must also move, sense, and think.

In order to sense–see, hear, or touch–a person must be interested, startled, or aware of some happening that involves him. That is, he must move, feel, and think.

In order to move, he must use at least one of his senses, consciously or unconsciously, which involves feeling and thinking.

When one of these elements of action becomes so minute as to almost disappear, existence itself may be endangered. It is difficult to survive for even brief periods without any movement at all. There is no life where a being is deprived of all senses. Without feeling, there is no drive to live; it is the feeling of suffocation that forces us to breathe. Without at least some minimum of reflex thought, even a beetle cannot live too long.

In reality our self-image is never static. It changes from action to action, but these changes gradually become habits; that is, the actions take on a fixed, unchanging character.

Early in life, when the image is being established, the rate of change in the image is high; new forms of action that had only the previous day been beyond the child’s capacity are quickly achieved. The infant begins to see, for instance, a few weeks after birth; one day he will begin to stand, walk, and talk. The child’s own experiences, together with his biological inheritance, combine slowly to create an individual way of standing, walking, speaking, feeling, listening, and of carrying out all the other actions that give substance to human life. But while from a distance the life of one person appears to be very similar to that of any other, on close inspection they are entirely different. We must, then, use words and concepts in such a way that they will apply more or less equally to everyone.

How the self-image is formed

We confine ourselves, therefore, to examining in detail the motor part of the self-image. Instinct, feeling, and thought being linked with movement, their role in the creation of the self-image reveals itself together with that of movement.

The stimulation of certain cells in the motor cortex of the brain will activate a particular muscle. It is known today that the correspondence between the cells of the cortex and the muscles that they activate is neither absolute nor exclusive. Nevertheless, we may consider that there is sufficient experimental justification to assume that specific cells do activate specific muscles at least in basic, elementary movements.

The newborn human can perform practically nothing of what he will carry out as an adult in human society, but he can do almost everything the adult can do as an individual. He can breathe, eat, digest and eliminate, and his body can organize all the biological and physiological processes except the sexual act — and this may be considered a social process in the adult, for it takes place between two persons. In the beginning, sexual activity remains confined to the individual sphere. It is now widely accepted that adult sexuality develops from early self-sexuality. This approach makes it possible to explain inadequacies in this field as a failure in the development of the individual toward full social sexuality.

The infant’s contact with the external world is established mainly through the lips and mouth; through these he recognizes his mother. He will use his hands to fumble and assist the work of his mouth and lips, and will know by touch what he already knows through his lips and mouth. From here he will gradually progress to the discovery of other parts of his body and their relationship to each other, and through them his first notions of distance and volume. The discovery of time begins with the coordinating of processes of breathing and swallowing, both of which are connected with movements of the lips, mouth, jaw, nostrils, and the surrounding area.

There are no reviews yet.

Be the first to review “Awareness Through Movement” Cancel reply