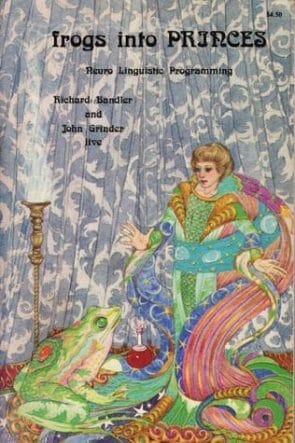 I have been studying education, therapies, growth experiences, and other methods for personal change since I was a graduate student with Abe Maslow over thirty years ago. Ten years later I met Fritz Perls and immersed myself in Gestalt Therapy because it seemed to be more effective than most other methods. Actually, all methods work for some people and with some problems. Most methods claim much more than they can deliver, and most theories have little relationship to the methods they describe.

When I was first introduced to Neuro-Linguistic Programming, developed by Richard Bandler and John Grinder, I was both fascinated and very skeptical. I had been heavily conditioned to believe that change is slow and usually difficult and painful. I’m still amazed that I can usually cure a phobia or other similar long-term problem painlessly in less than an hour — even though I have done it repeatedly and see the results last. There is no hocus-pocus to NLP, and you will not be asked to take on any new beliefs. You will only be asked to suspend your own beliefs long enough to test the concepts and procedures of NLP in your own sensory experience. If you are skeptical, as I was, you owe it to your skepticism to check this out and find out if the claims made about NLP are valid.

NLP is an explicit and powerful model of human experience and communication. Using the principles of NLP, it is possible to describe any human activity in a detailed way that allows you to make many deep and lasting changes quickly and easily.

A few specific examples of things you can learn to accomplish are: (1) cure phobias and other unpleasant feeling responses in less than an hour, (2) help children and adults with “learning disabilities” (spelling and reading problems, etc.) overcome these limitations, often in less than an hour, (3) eliminate most unwanted habits–smoking, drinking, over-eating, insomnia, etc. in a few sessions, (4) make changes in ways that are more satisfying and productive, (5) cure many allergies and other physical problems — not only most of those recognized as”psychosomatic” but also some that are not — in a few sessions and (6) resolve grief, usually in a single session.

These are strong claims, and experienced NLP practitioners can back them up with solid, visible results. NLP in its present state can do a great deal, but it cannot do everything.

“. . . If what we’ve demonstrated is something that you’d like to be able to do, you might as well spend your time learning it. There are lots and lots of things that we cannot do. If you can program yourself to look for things that will be useful for you and learn those, instead of trying to find out where what we are presenting to you falls apart, you’ll find out where it falls apart, I guarantee you. If you use it congruently, you will find lots of places that it won’t work. And when it doesn’t work, I suggest you do something else.”

NLP is only about twenty-five years old, and many patterns are still being created.

“We haven’t even begun to figure out what the possibilities are of how to use this material. And we are very, very serious about that. What we are doing now is nothing more than the investigation of how to use this information. We have been unable to exhaust the variety of ways to put this stuff together and put it to use, and we don’t know of any limitations on the ways that you can use this information. In this brief introduction, we have mentioned and demonstrated several dozen ways that it can be used. It’s the structure of experience. Period. When used systematically, it constitutes a full strategy for getting any behavioral gain.”

Actually, NLP can do much more than the kinds of remedial work mentioned above. The same principles can be used to study people who are unusually talented in any way, in order to determine the structure of that talent. That structure can then be quickly taught to others to give them the foundation for that same ability. This kind of intervention results in generative change, in which people learn to generate and create new talents and behaviors for themselves and others. A side effect of such generative change is that many of the problem behaviors that would otherwise have been targets for remedial change simply disappear.

In one sense, nothing that NLP can accomplish is new. There have always been “spontaneous remissions,” "miracle cures,” and other sudden and puzzling changes in people’s behavior, and there have always been people who somehow learned to use their abilities in exceptional ways.

What is new in NLP is the ability to systematically analyze those exceptional people and experiences in such a way that they can become widely available to others. Milkmaids in England became immune to smallpox long before Jenner discovered cowpox and vaccination; now smallpox — which used to kill hundreds of thousands annually — is eliminated from human experience. In the same way, NLP can eliminate many of the difficulties and hazards of living that we now experience, and make learning and behavioral change much easier, more productive, and more exciting. We are on the threshold of a quantum jump in human experience and capability.

There is an old story of a boilermaker who was hired to fix a huge steamship boiler system that was not working well. After listening to the engineer's description of the problems and asking a few questions, he went to the boiler room. He looked at the maze of twisting pipes, listened to the thump of the boiler and the hiss of escaping steam for a few minutes, and felt some pipes with his hands. Then he hummed softly to himself, reached into his overalls and took out a small hammer, and tapped a bright red valve, once. Immediately, the entire system began working perfectly, and the Boilermaker went home. When the steamship owner received a bill for $1,000 he complained that the Boilermaker had only been in the engine room for fifteen minutes, and requested an itemized bill. This is what the Boilermaker sent him:

What is really new in NLP is knowing exactly what to do, and how to do it.

That’s how you open up possibilities. It starts with a dream. Then it’s a matter of turning that dream blueprint into reality. As a person begins to embrace their own self-worth and open themselves up to the idea of what is possible, they’ll attract abundance and prosperity into their life. The outer world is a reflection of our inner world. If someone is feeling good on the inside, generally it will show on the outside, and they’ll draw positive experiences into their life. That’s the way life works.

Feldenkrais: The slow road to success in the fast lane

Feldenkrais: The slow road to success in the fast lane

Video based on a quote from Moshe Feldenkrais

Video based on a quote from Moshe Feldenkrais