Jiu-Jitsu and Self Defense

Jiu-Jitsu and Self Defense is the first blossom of Moshe’s genius. This book contains the seeds that germinated and grew into the Feldenkrais Method®.
Rated 5.00 out of 5 based on 2 customer ratings
(2 customer reviews)

“I contend that this handbook conceals something much more important than just demonstrating self-defense techniques. I am even bold enough to suggest that Moshe’s unique approach to self-defense training is the first Feldenkrais Method.” — Moti Nativ

Available worldwide from Amazon and wholesale through Genesis II Publishing, Inc. and Ingram Books. Also available in eBook format from Kindle, Apple Books, Nook, and many other outlets. Scroll down for more information.

In stock (can be backordered)

Moshe Feldenkrais published Jiu-Jitsu and Self Defense as a training manual for Haganah recruits in 1930. The Haganah was a Jewish paramilitary organization, which sixteen-year-old Moshe Feldenkrais joined at its inception in 1920. Ten years later, this book describing his training method was published based on a decade of field experience. 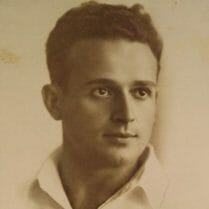 “The reader who closely examines the tactics shown in this book will realize that the beginning of each technique is the instinctive movement a person makes when he is attacked in the manner described… Therefore, the defender doesn’t have to determine how to begin before he actually begins; starting comes by itself, instinctively.”

His years of hand-to-hand combat spurred Moshe to write this book that presents his unusual self-defense method. The book is based on all movements of defense, where the first movement is the natural reactive movement that a person does without thinking. He concluded that any effective self-defense system must be based on a person’s automatic movements when attacked. 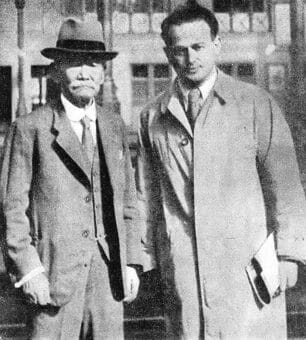 Jiu-Jitsu and Self Defense is the first blossom of Moshe’s genius. This book contains the seeds that germinated and grew into the Feldenkrais Method®.

Available from Your Favorite eBook Seller

Moti Talks About Jiu-Jitsu and Self Defense

Moti Nativ talks about discovering an original copy of Jiu-Jitsu and Self Defense by Moshe Feldenkrais. And how it lead him to understand the links between Feldenkrais's martial arts background and his development of the Feldenkrais Method. The book is based on the unique approach where the first movement of defense is the instinctive movement you make when attacked. Feldenkrais then built his defense techniques on that first instinctive movement. Moti makes the claim that Jiu-Jitsu and Self Defense is the first Feldenkrais Method. 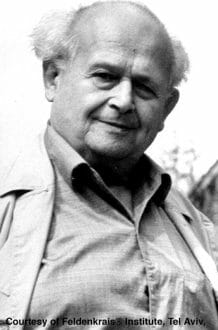 Moshe Feldenkrais, D.Sc. (1904 – 1984), developer of the Feldenkrais Method®, was an engineer, physicist, martial artist, and student of human development. Born in eastern Europe, he emigrated to Palestine as a young man. Later he studied at the Sorbonne and worked in the Joliot Curie laboratory in Paris during the 1930s. His interest in Ju-Jitsu brought him into contact with Professor Kano, who developed Judo. Dr. Feldenkrais was a co-founder of the Ju-Jitsu Club of Paris and was one of the first Europeans to earn a black belt in Judo. Escaping the Nazi advance, he went to Britain and worked on anti-submarine research for the Admiralty. In the 1940s, he began to develop his Method and wrote his first book on the subject. He authored many seminal books on martial arts, movement, learning, human consciousness, and somatic experience. Dr. Feldenkrais worked with people with a wide range of needs, from children with Cerebral Palsy to performers such as the violinist Yehudi Menuhin.

Moti (Mordehai) Nativ, a retired colonel from the Israel Defense Forces, is a certified Feldenkrais Method and Martial Arts teacher. Moti has graduated from the Jerusalem 1 Feldenkrais training in 1994 and served as the president of the Israeli Feldenkrais Guild. Moti began studying Martial Arts in 1966, and his martial arts practice includes wrestling, Judo, and Krav Maga. He holds a black belt in Judo, and he is a certified Krav Maga instructor. Moti is Dai Shihan (master teacher) of Bujinkan school of Budo TaiJutsu. He is a member of this school since 1975, and since 1995 he has led the training of Bujinkan teachers in Israel. He founded the Bujinkan Shiki (Awareness) Dojo. Moti has explored the peculiar way that brought Moshe Feldenkrais from the land of Israel to become a Judo Master in France and England and the influence of the Martial Arts on the development of the Feldenkrais Method. 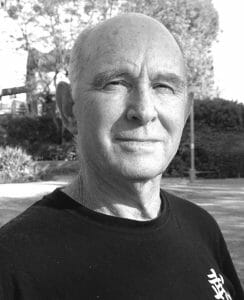 2 reviews for Jiu-Jitsu and Self Defense