Self-Image and the Modeling Process

THIS IS NOT A PIECE OF PAPER! 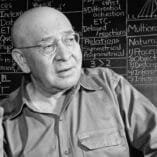 "A map is not the territory it represents, but, if correct, it has a similar structure to the territory, which accounts for its usefulness."

I'm seventeen years old, a senior in high school. I'm sitting in the third row of Mr. Bliss's "General Semantics" class. Mr. Bliss is standing in front of the class, holding up a piece of paper, asking, "what is this?"

This challenge continues until the class is out of ideas and confused. 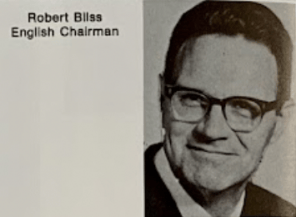 I got it! Mind blown. This little puzzle Mr. Bliss presented changed my view of the world forever. For the next month, when I look at things, I see them in a completely new way. I look at a glass and think, "This is not a glass. This is an experience."

The Map is Not the Territory

Our maps of reality stand to represent things, but they are not identical to those things. Even the best maps have missing information—deletions, inaccuracies—distortions, and are oversimplifications—generalizations. They are imperfect. And yet this is how we move through the world.

I can imagine this was a profound concept when Korzybski presented his paper on mathematical semantics in New Orleans, Louisiana, in 1931.

Today, we can see and hear that people have very different maps of reality — courtesy of the Internet, Facebook, Twitter, other social media platforms, and the continuing divergence of political narratives. Consider QAnon conspiracies or the utter conviction of some that the earth is flat.

We Act According to Our Self Image 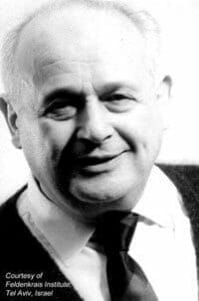 Feldenkrais (1972) states that we act according to our self-image. What is this self-image to which he refers? For Dr. Feldenkrais, it is the image of the body that is mapped on the motor and sensory-motor cortices. There are other images of the self in other areas of the brain—the cerebellum, for example. Feldenkrais primarily focused on the motor cortex.

Feldenkrais understood that for the average person, the self-image is incomplete. An incomplete self-image means some parts are missing—deleted, others exaggerated—distorted, and some overgeneralized—a generalization. 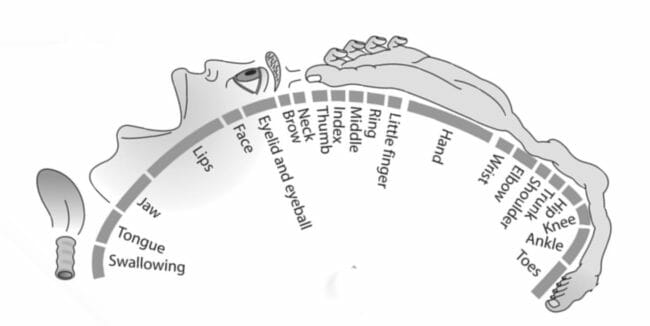 The map of the self in the motor cortex is interesting. Because there are distortions in the size of some parts, take the lips, tongue, hands, feet, and genitals. There are several reasons for the distortion. One is that these parts of ourselves have more nerve endings than other parts, like the backs of the thighs. Another is that they serve two or more purposes. The mouth, lips, and tongue speak, eat, drink and kiss—the genitals enable pleasure, reproduction, and urination.

Other parts are diminished in their representation—the legs, arms, and torso, for example. Some parts of the self-image can be deleted altogether in some cases. Yet others are generalized to the degree that they lose definition. Someone may know they have a pelvis, but there is no definition of its parts, function, or sensory awareness. It's just a pelvis, and it has one feeling of being "a pelvis."

Feldenkrais understood that an incomplete representation of ourselves in the motor cortex could lead to improper self-use and the decline of ability. Some parts would be overused, causing stress and strains on joints and muscle groups. Other parts are underused, causing weakness and atrophy.

Alfred Korzybski - The map is not the territory. Moshe Feldenkrais - People act according to their self-image (brain map). The map IS the way we know the territory. Every map—be it the self-image or linguistic—has deletions, distortions, and generalizations. Feldenkrais practitioners are in the business of remodeling internal maps—filling in the deleted parts, clarifying the distortions, and refining the generalizations.

There are three primary components to creating and maintaining our map of the world or our self-image or our self-concept. They are the processes of deletion, distortion, and generalization.

Deletion: we pay attention to particular parts of our experience and exclude others. When I say, "pay attention to your foot." What do you sense? Your heel? The toes? Perhaps to the exclusion of the outside edge of the foot? Or the front of the heel? Deletions can also occur through injury or trauma. Someone may completely delete a traumatized part of themselves from their self-image.

Distortion: we augment our sensory experience. The sensations of your lips and tongue are greatly exaggerated compared to the sense of the ribs below your right shoulder blade. Distortion is also crucial to the creative process, such as a Van Gough sky. Or the creation of fantasy worlds like "The Game of Thrones." Distortions can also cause problems like body dysmorphia or anorexia. Distortions in self-image can happen after an injury or accident.

Generalization: a part of a person's world model is detached from their original experience and comes to represent the category of the experience. The generalization process is how people make up rules like "always sit up straight." "Pull your shoulders back." And it is how we know a door is a door, and we don't have to figure it out each time we encounter one.

All of these are useful and comprise our resources and our deficits. The question is, how rich are your representations of yourself? 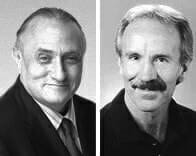 Grinder and Bandler (1976) draw primarily from Noam Chomsky's concept of Transformational Grammar to look at language as having a surface and deep structures. The surface structure is our common language. Our language habits, if you will. The words we speak to others and ourselves. Our language shows the richness or the impoverishment of our maps of reality.

The surface structure of our language has deletions, distortions, and generalizations. The deep structure is the complete representation of what we are saying and thinking. Much of that can be outside our conscious awareness of just completely missing from our representations of the world altogether.

Grinder and Bandler understood that many problems people have are due to an impoverished map of the world. They created the Meta-model, which teaches practitioners to listen to the surface structure of a sentence and hear what is deleted, distorted, or generalized in the speaker's model of the world.

They presented an obvious way of asking questions that bring forth the deep structure and create a richer, more robust experience. Here are some simple examples:

P: Afraid of what?

P: Which dogs specifically are you afraid of?

C: A mean black dog I pass on my way home from school.

P: So when you walk home from school, a mean black dog scares you. Is that correct? (Recovered deep structure.)

C: My back hurts.

P: Specifically, which part of your back hurts.?

C: I guess mainly between the shoulders in the back.

P: So you have pain mainly between the shoulder in the back. Is that correct? (Recovered deep structure.)

The Feldenkrais Method® as a Meta-Model

When we teach Feldenkrais lessons, as Functional Integration® or Awareness Through Movement®, we are working with those same modeling concepts—deletions, distortions, and generalizations—of the self-image. And we are also working with the surface structure and deep structure of verbal and non-verbal communication.

Examples of Deletion, Distortion, and Generalization in Functional Integration:

Deletion: In Functional Integration, I worked with a woman who had no sense of her pelvis whatsoever. Due to many accidents in early childhood and as an adult, it was deleted from her self-image. We worked over several months to bring her pelvis into her self-image. This changed her entire organization—especially walking.

Distortion and generalization: I worked with a woman who had instilled in her an absolute rule that she must sit straight and hold her shoulders back (a generalization). She had become very good at it. But she was very rigid and stiff through her back and chest. Her sense of her shoulders was that they were always rounded forward (a distortion). We worked for several months to create ease in her back, chest, and spine and to allow her shoulders to rest on her ribs. These changes made it possible for her to disavow the rule she had instilled in her so long ago.

Example of Surface Structure and Deep Structure in Awareness Through Movement:

All the subsequent suggestions bring forward the sensory-rich deep structure experience. The structure changes are not only present verbally. They are also in the present in the self-image.

This is Not a Bong

I'm with my buddies doing bong hits and listening to T-Rex's "The Slider" in the back of my 1970 VW bus. My mind is still reeling from being blown away in Mr. Bliss's class earlier.

"No dudes, listen. 'Bong' is a word, man. This (pointing to the bong) is not a word. This is a sensory experience."

For a long moment, T-Rex seemed to fade, and a silence of recognition seemed to fill the back of my VW bus.

Then all laughter broke out, and the chiding began.

That day my map of reality changed. And for that, Mr. Bliss, I am eternally grateful.