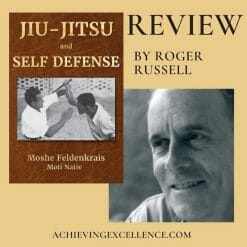 In one of our Feldenkrais trainings in Heidelberg, Germany, we had an extraordinary scholar of ancient middle eastern culture and languages, including Akkadian, the language of the Codex of Hammurabi. This ancient code of laws was carved into a block of black basalt about 3800 years ago in Babylon. It now stands in the Louvre Museum in Paris. Our scholar astonished me when he told me that he could read this archaic Akkadian code of laws.

For his third-year project, he spoke about the need for an Archeology of the Feldenkrais Method®. The goal? To understand how Feldenkrais synthesized various elements – Judo, Talmudic methods, and science - into a unique methodology. He stated that archeological methods begin by collecting and analyzing primary sources, such as objects and texts, and then examine secondary interpretations of that original material. 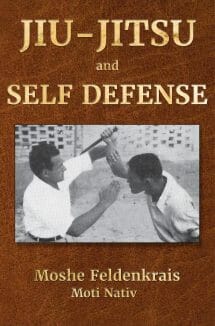 This means that Moti Nativ is an archeologist of the Feldenkrais Method, interpreting a primary source. In his expedition at a bookstore in Tel Aviv, Moti found buried treasure. An original copy of Moshé Feldenkrais’ book Jiu-Jitsu and Self Defense, a primary source. First published in 1930, this book is important in Feldenkrais’s story of how he developed his method. In 2021 Moti re-published the book with Al Wadleigh in Longmont, Colorado, USA.

In his introductory text, Moti places the book in a historical and cultural framework, showing how it evolved in its Hebrew, French and English versions. Moti introduces people, places, events, dates, and ideas, demonstrating his research capabilities and his curiosity, which led to finding the original English manuscript of Jiu-Jitsu and Self Defense in the Kodokan Judo center in Tokyo.

Moshe’s book is astounding in its originality. Moti’s guidance helps explain why. Beyond the self-defense methods in the book, we can see how Feldenkrais wove his vitality, his shrewd ability to observe people, and his precocious intellect into something quite new: a different way to deal with ourself and with one’s neighbors in unforgiving situations that demand immediate and correct action. These same traits led Feldenkrais to re-imagine his self-defense training into a Feldenkrais Method that assists people in regaining their balance rather than forcing them to lose balance, as in Judo. Concerning Feldenkrais’ “Principles of Learning,” Moti writes: “As we explore his writings on these topics, we will find that the ideas sowed here come to full flower in his later writings about the Feldenkrais Method. (p. xxiv) .

Among his many talents, Moti Nativ is an instructor of the Israeli art of Krav and a master martial artist. He shows “…that Feldenkrais developed the first Israeli self-defense method”. Moti’s comments about Feldenkrais’ path from young fighter to master teacher mark a trail of ideas and methods from Palestine in the 1920’s to the Feldenkrais Method of today. For example, Feldenkrais developed a defensive tactic based on one’s spontaneous pattern of moving when first attacked. This idea of spontaneous habitual patterns of moving would lead to one of the foundational ideas of Functional Integration®: discovering, following, supporting, and exaggerating the client’s habitual movement rather than opposing and correcting those habits. Thus, Moti has suggested that the Feldenkrais Method is not only the lessons he created, but the way Feldenkrais approached thinking and action and his keen attention to how people actually behave. Any reader will be able to extend their imagination of what the Feldenkrais Method is about and how it developed.

In this way “Moti has explored the peculiar way that brought Moshe Feldenkrais from the Land of Israel to become a Judo Master in France and England and the influence of the Martial Arts on the development of the Feldenkrais Method.” (p.116)

This short book belongs in the hands of anyone interested in the Feldenkrais Method, whether student, teacher, or other professionals. Get it, read it, and read it again. It has much to offer. 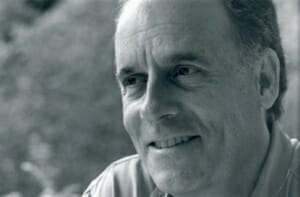 Roger Russell had the luck to learn the Feldenkrais Method with Moshé Feldenkrais in San Francisco and Amherst, 1975-1981. He is a physical therapist and movement scientist, and a Feldenkrais Trainer since 1997. He helped lead two Feldenkrais and science symposia for the FEFNA and FGNA: "Movement and the Development of Sense of Self" (Seattle 2004) and "Embodying Neuroscience" (San Mateo 2012). An American, he lives in Heidelberg, Germany, where he is co-director of the Feldenkrais Zentrum Heidelberg. He teaches Trainings and Advanced Trainings in Europe including a series of seminars, "Feldenkrais and the Brain."

Confusion and the Creative Process

Confusion and the Creative Process